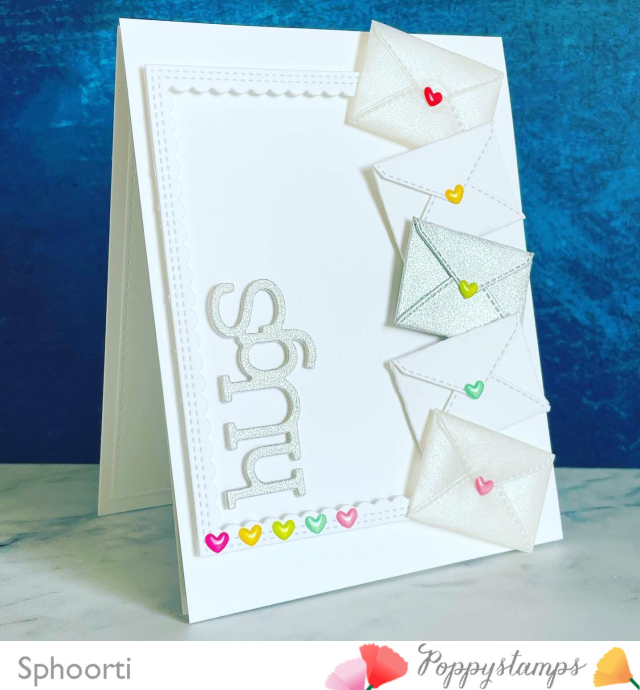 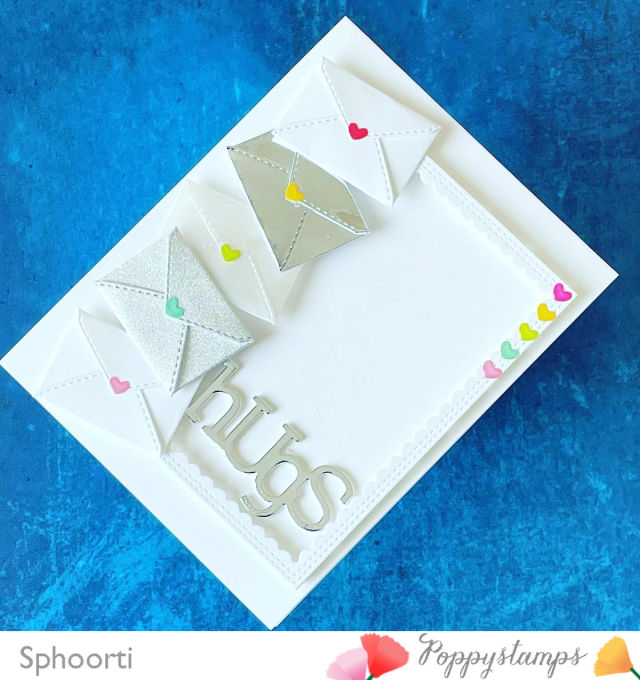 I'm back with 2 very easy, very clean and simple (CAS) cards for you today! I actually had 4, but one of the products I used on 2 of the cards was discontinued (my bad, I didn't realize it), so I'm just going to talk about the 2 other cards, which surprisingly were off-shoots of the original cards. By that, I mean - I planned the other two cards, I had a vision and implemented it. And I had some extras remaining with which I made the two you see here. Funny, huh?

I fell in love with this little Stitched Envelope die and cut up a number of envelopes with various types of card stock (like Neenah Solar White / Vellum / Glitter / Foil) etc. Just a tip, though - choose thin card stock for this because it'll be easier to score it and get it to stick. (Don't do what I did and use Neenah Solar White 110 pound) 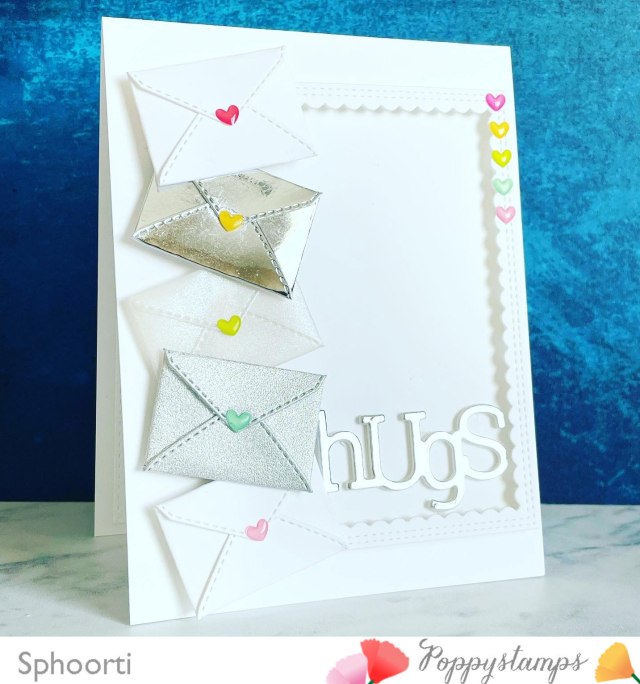 I scored and sealed the envelopes with glue (and where they refused to stick due to thickness of the Neenah card stock, I ended up using superglue and it worked like a charm). I put little puffy heart stickers where the top and bottom flaps meet and set them aside. 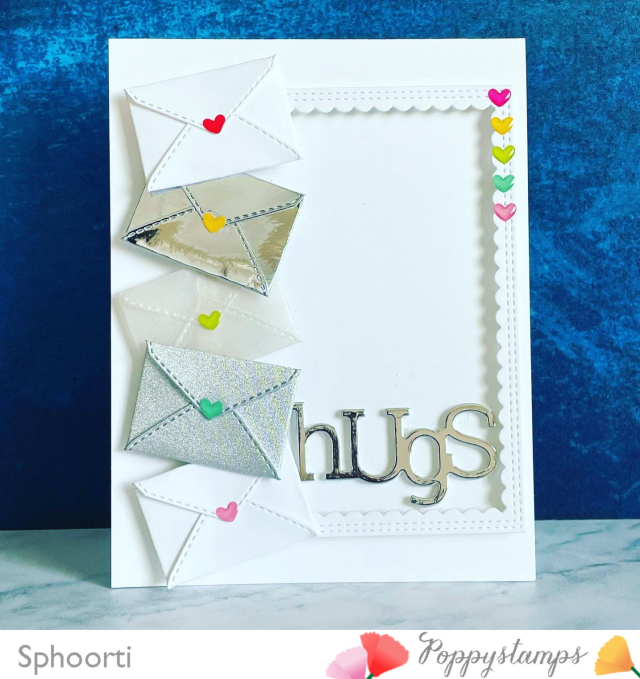 My original idea was to have the envelopes floating in the clouds (I'll post a picture of this on Instagram eventually), but for these two cards, I happened to see a spare frame from the Double Scalloped Stitched Frame Die on my desk and played around with the envelopes on the frame like so: 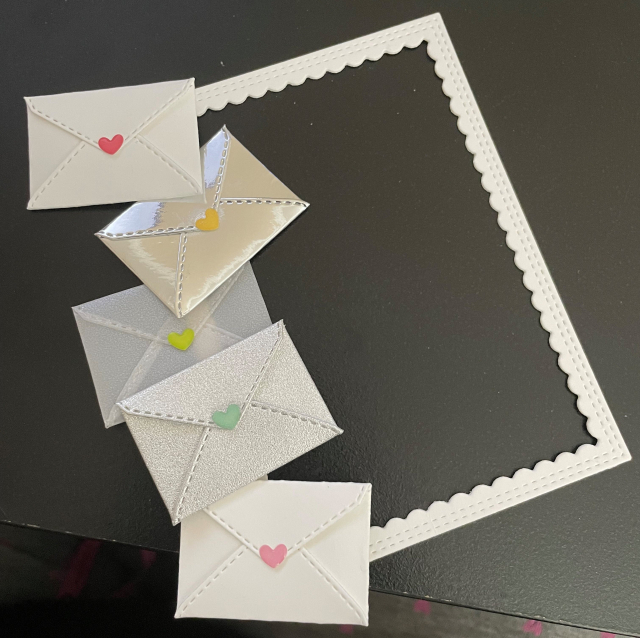 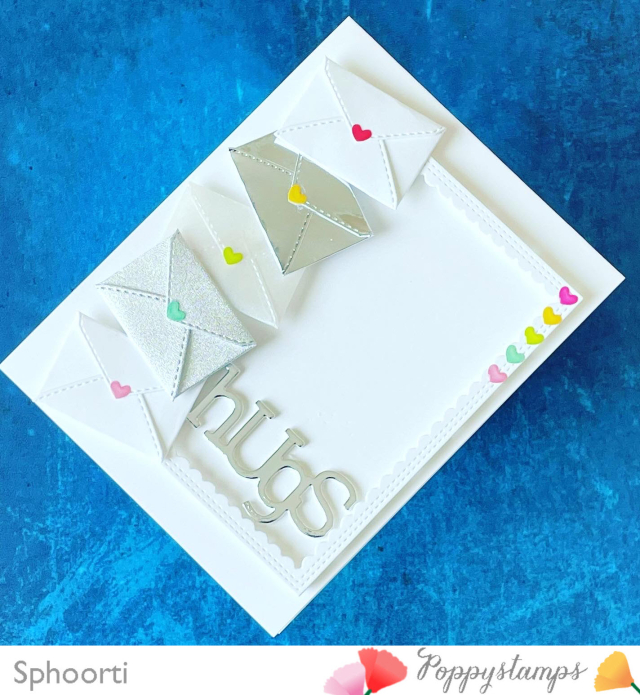 I cut up a bunch of layers of the Playful Hugs sentiment die and stacked them up to make a chipboard like die-cut. I applied it to the bottom of the frame horizontally. After I glued it down, I didn't like it very much (I felt that the envelopes were clouding the sentiment and it felt cramped down there), so I decided to make another one with a vertical orientation of the same sentiment. That's how I ended up with card # 2. Which one do you like better? 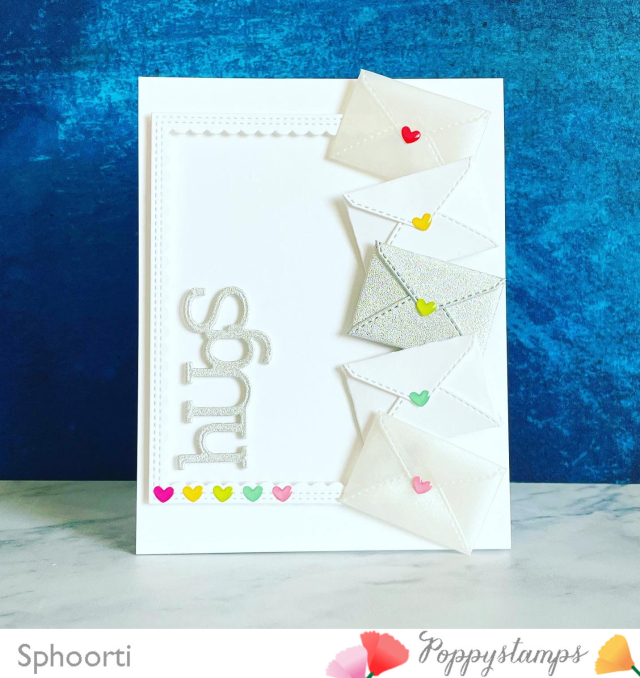 I absolutely adore these puffy heart stickers, so I couldn't help but put them on the frame too. I did that for both, but with different orientations. 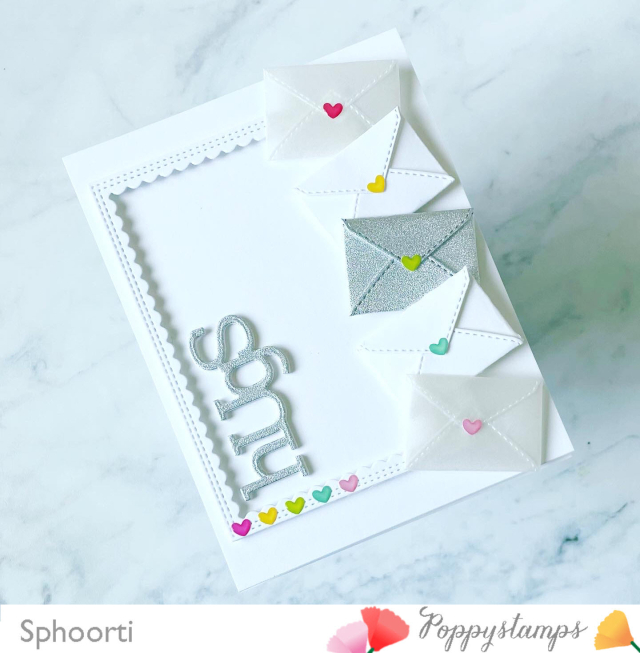 Thoughts? Questions? Epiphanies? Which card did you like better? Please do let me know! We love to hear from you! Thank you for sticking with me through the end of this post!

These are gorgeous. That little envelope die is adorable. Hugz