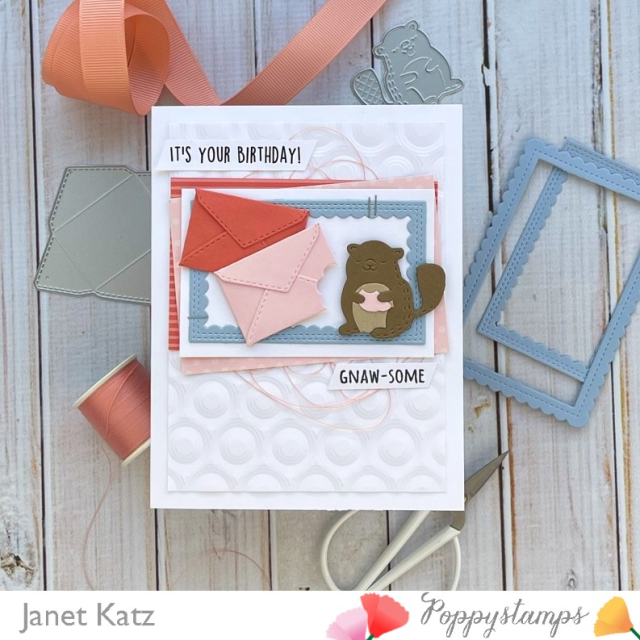 A fresh new year deserves a fresh take on a birthday card. And who knew cards could be so tasty? Guess this Whittle Beaver did. I wanted to use a lot of white on this card so I started with a white base. I die cut the beaver from both kraft cardstock and dark brown cardstock. I trimmed the kraft version along the etched lines in the shape to just have the belly, and glued it on top of the dark brown one in order to make the beaver two-toned. 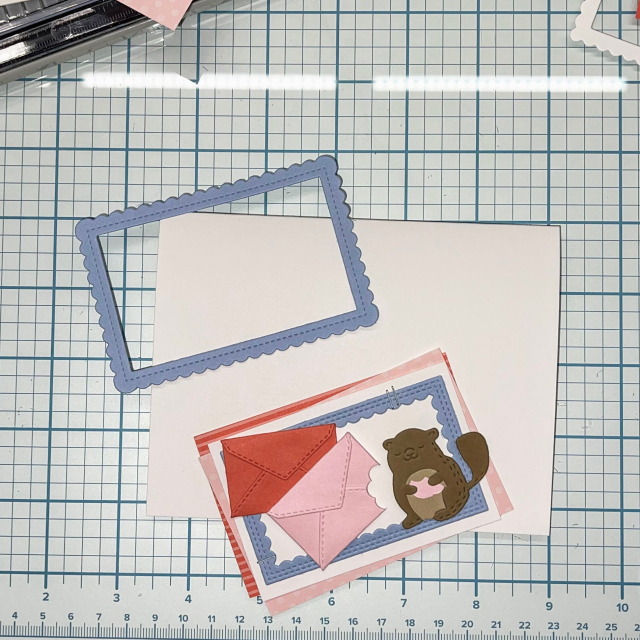 I die cut two Stitched Envelopes and then had the idea to make it look like the beaver had gnawed a chunk out of one. I cut off a little piece, shaped it with my scissors and then glued it underneath his tiny paws. (I told you he was hungry.) To make a distinctive bite mark from the pink envelope, I use a standard office hole punch and punched along the cut edge.
I have found the Double Scalloped Stitched Frames dies to be almost indispensable. I can use them in SO many places in all kinds of ways. They are ideal to frame up a sweet little Whittle animal. I cut the scalloped frame from a dusty blue cardstock. I made it small because I wanted the frame to ground the beaver. 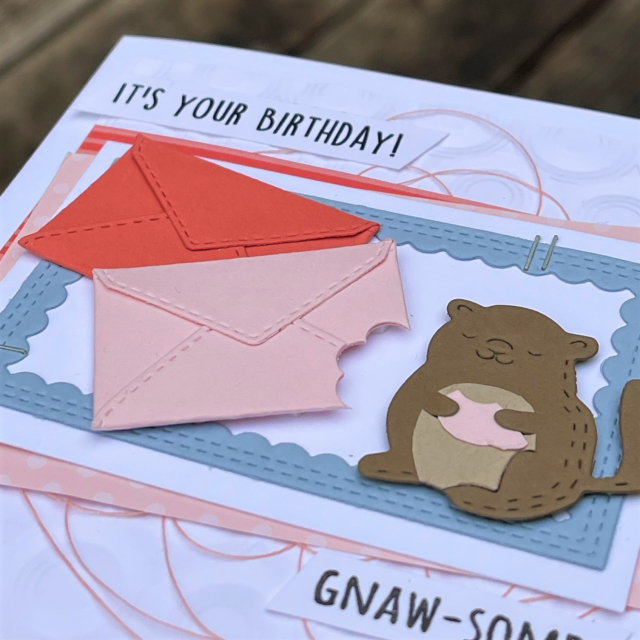 I glued everything onto a small piece of white cardstock. I used a tiny stapler to add interest to the frame. I matted the white onto two patterned papers in the same colors as the envelopes, twisting them a bit so they would show up. I wanted to add another super subtle embellishment so I made a thread "nest." I did this by just wrapping some peach colored thread around my fingers several times and then spreading it out and gluing it behind the matted portion. I used a 3D embossing folder on a white piece of cardstock for one last textural element on the card. I printed the It's Your Birthday from my computer, and used the Poppystamps Whittle Wild Animals Sentiments for the "Gnaw-some." I glued these down last. 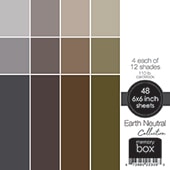 This is just adorable Janet! Love your clever for the bite marks!

Hi Janet, I absolutely love it !! this scene is so cute, especially the beaver biting the corner off the envelope, fabulous !!
Lots of love from Patricia xx

What a fun birthday card!