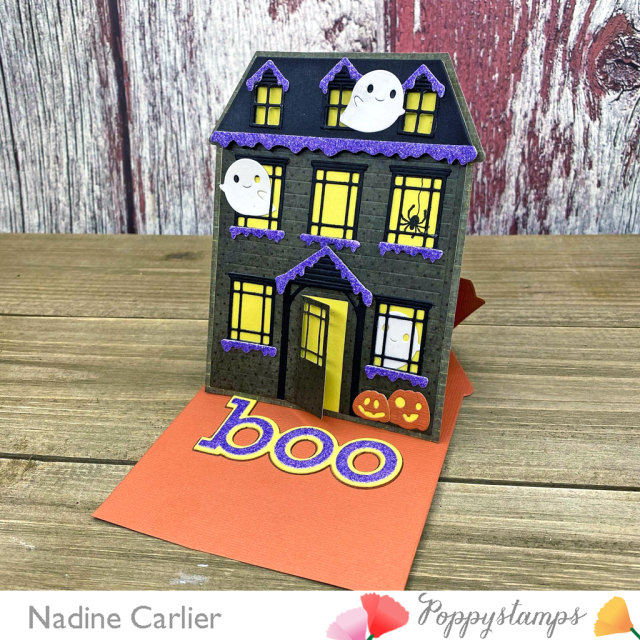 Hello! Nadine here today with a Halloween Haunted House Easel Card. I first started with the Poppystamps Winter House Pop Up Easel Die Set. Even though this die set was meant for Christmas is also great for Halloween too. I cut the base out with orange cardstock and then cut the house out in yellow and brown. I matted the brown with the yellow to give the windows and door a yellow glow. Then cut the windows and roof out in black cardstock. For the drips, I used the purple cardstock from the Memory Box Frosted Glitter Paper Pad. 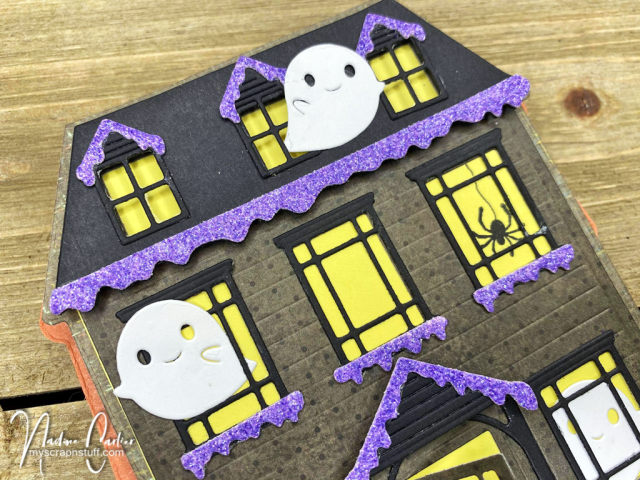 I tucked in some ghosts from the Poppystamps Squeaker Ghosts Dies in the windows. 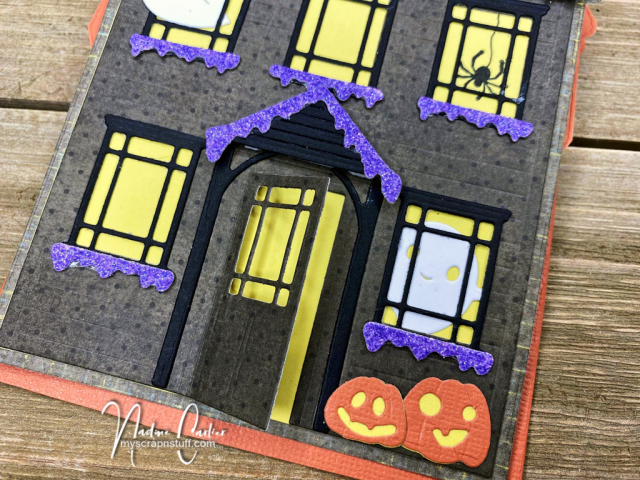 For the pumpkins, I used Poppystamps Haunting Pumpkins. 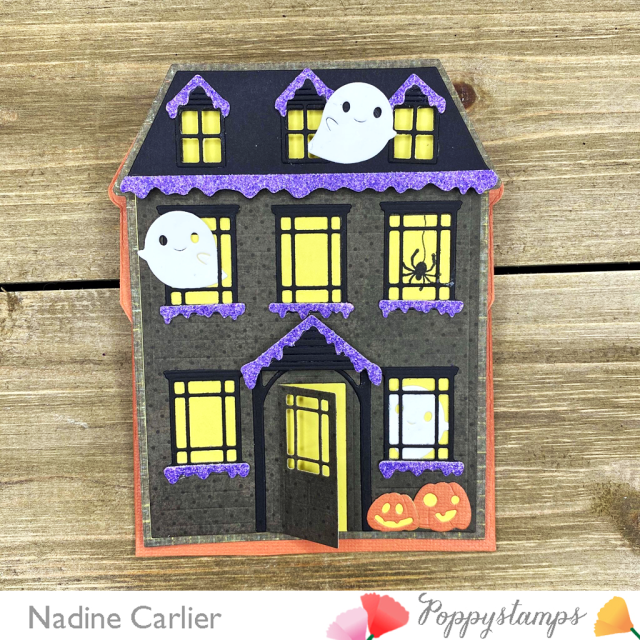 I used the Poppystamps Boo Outline to add as a ledge to prop the easel card too. 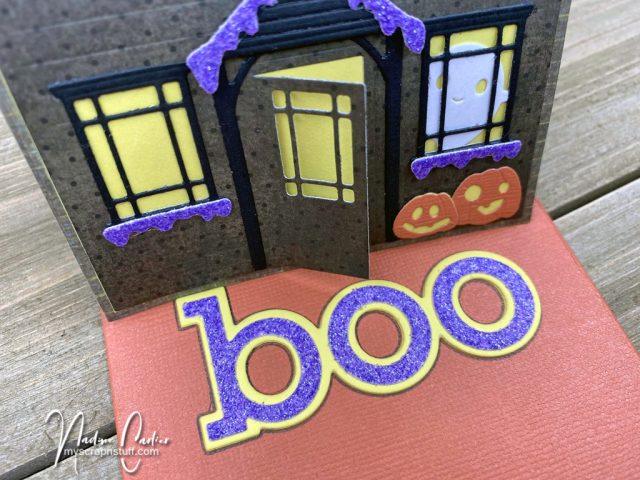 That easel house die is so versatile! Great card!

So cute, Nadine! Loving the peek a boo ghost in the window.

Hi Nadine, Such a fabulous card, I adore this house die-set and the squeaker ghosts are so cute.
Lots of love from Patricia xx