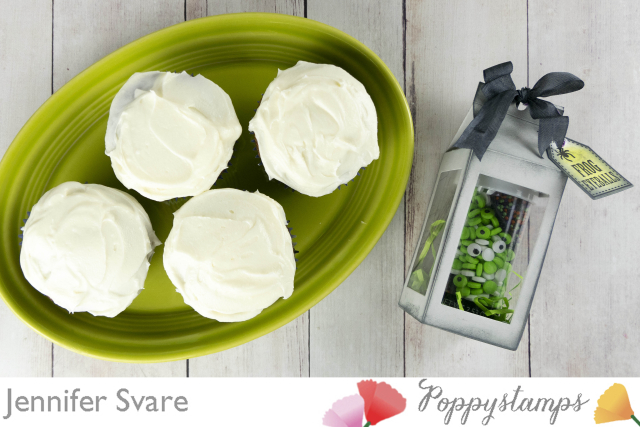 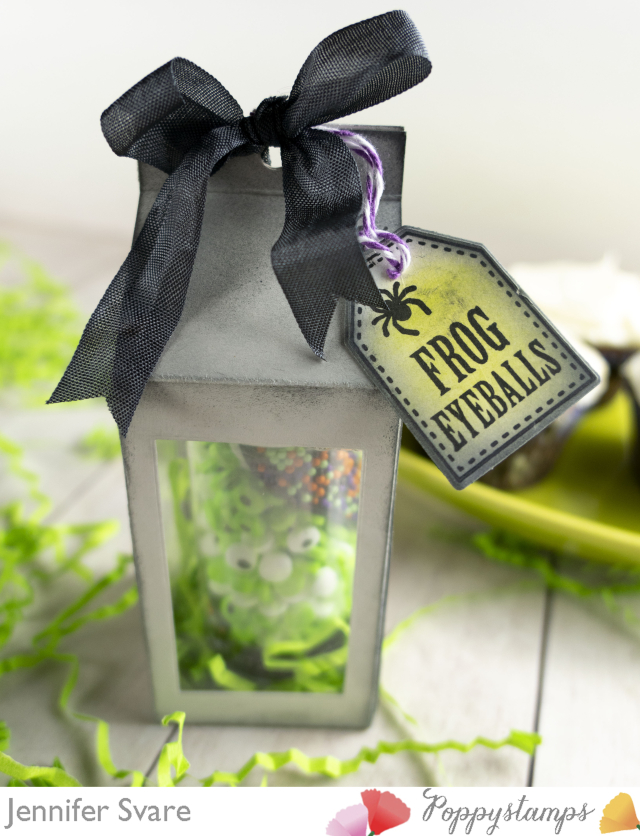 Hello!  When I was a kid, nothing was more fun than decorating cupcakes.  I've heard that many places won't have much trick-or-treating this year, so a fun night can still be had decorating cupcakes!  This would also be a fun gift to send the grandkids along with a cake and frosting mix!  The box is custom-made, and I'll share the measurements below. 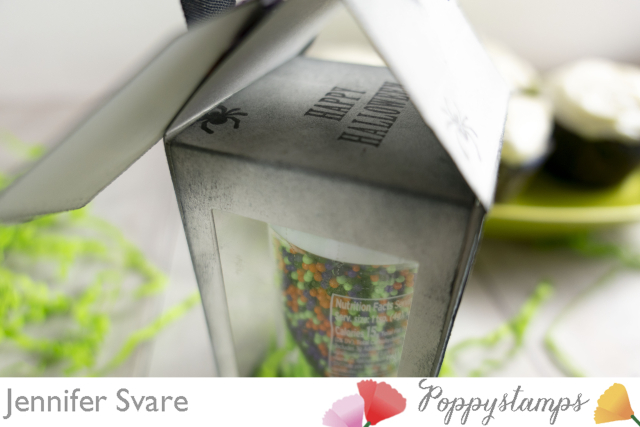 I've had so much fun with the Halloween Ingredients and have made several projects using this stamp and die set.  Today I used the tag elements to create a label of "Frog Eyeballs" for the front of the box, along with spiders stamped throughout.  The inner lid has "Happy Halloween" stamped on it (see above photo). 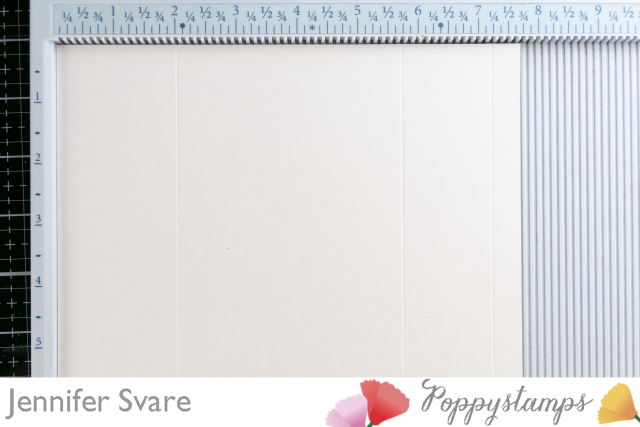 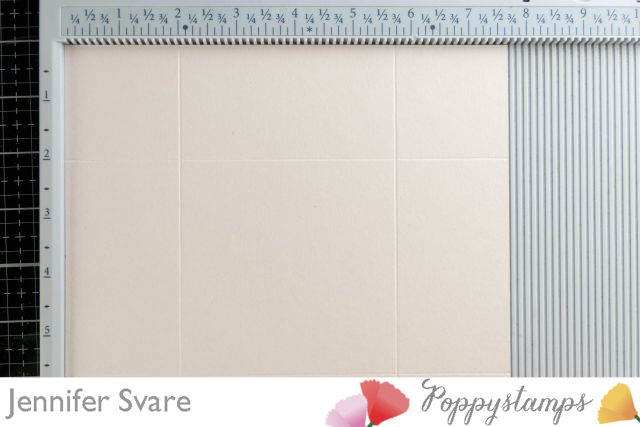 Following the scored lines, I cut out the center squares out to create an "L" on each piece as shown below. The two pieces should be identical. 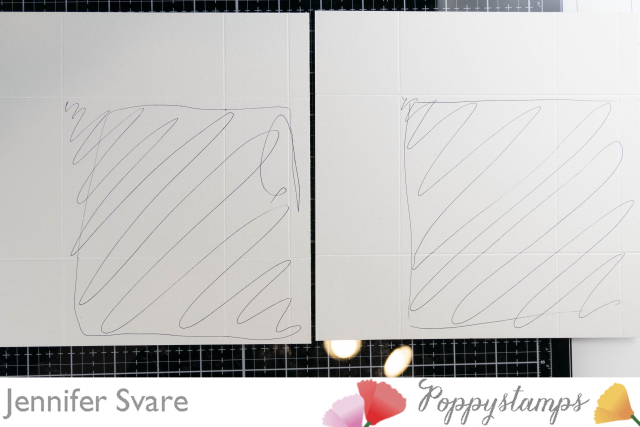 Once I had them cut out, I then centered a rectangle die to create the window.  To fit this into the die cutting machine, I simply folded the bottom side over along the crease. 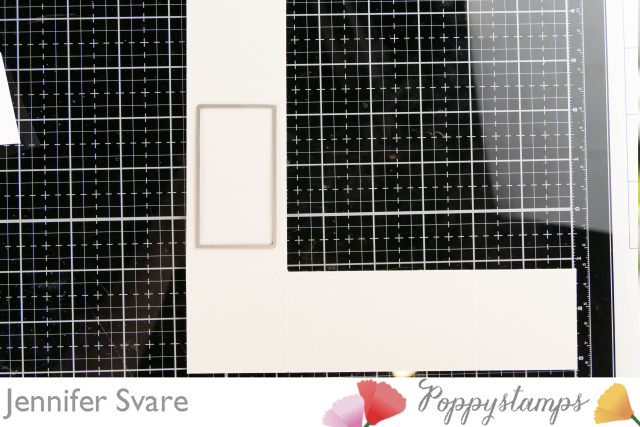 I die cut the rectangles on all four sides and glued the center in place as shown below: 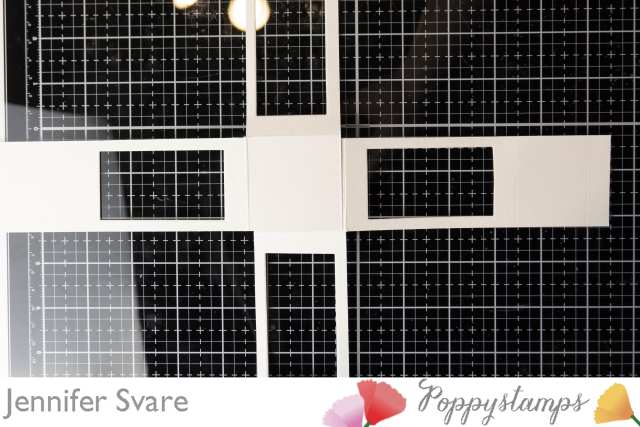 Now is a great time to add the stamping and background shading. The next step is to cut four pieces of acetate.  Measurements will vary depending on the rectangle dies (or other shapes) used, but the acetate in mine measured approximately 1-7/8" x 3-6/8".  This also adds great strength to the box.

The next step was to create the side tabs that will hold the box together.  These were approximately 1/4" wide on each side, but are 3.75" tall.  I started off with 1/2" x 3.75" strips scored down the center at 1/4", but they would have shown through the acetate.  I just used my scissors to trim them down to about an eighth of an inch, and clipped the edges so they created a point.  This just helps it fit in nicely.  I also used 1/8" double-sided adhesive as it is very strong and adheres instantly.  See the photos below. 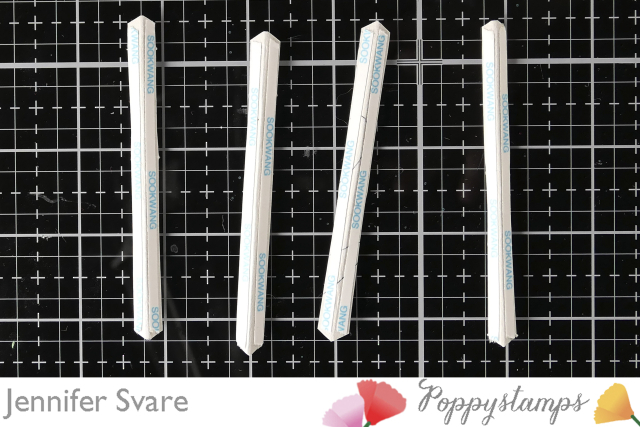 Notice in the photo below, I put them on the top and bottom. 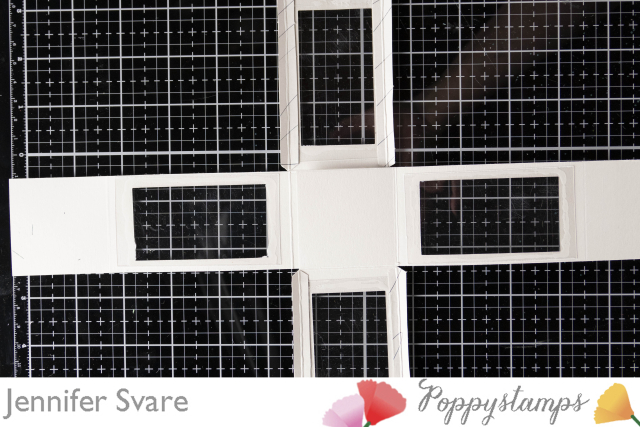 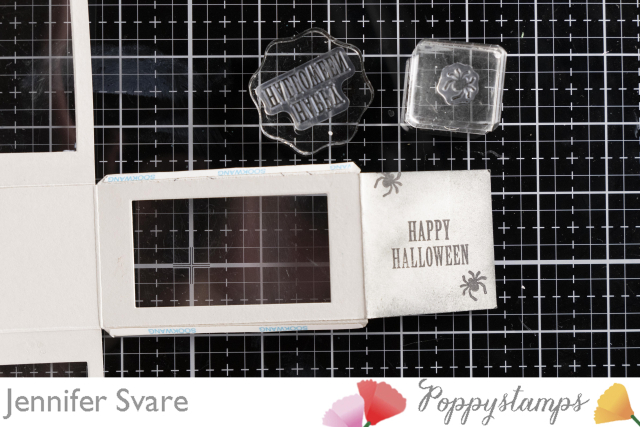 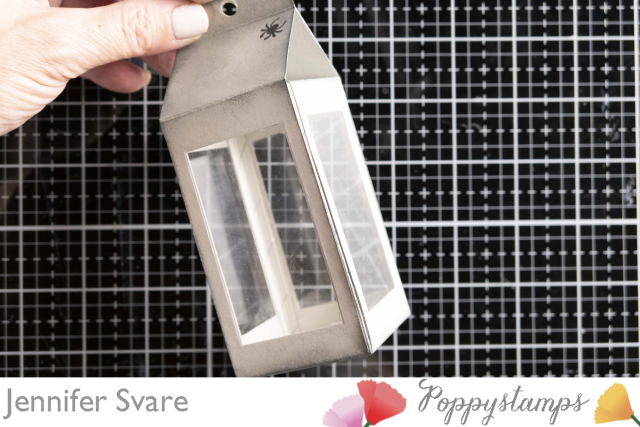 Once the side tabs are adhered to the corners, the box is formed.  This is a great lantern-style that could be used for so many different things!  I purchased a bottle of cupcake toppers to put inside, so this box fits the "Great Value" brand found at Walmart. Next is was time to make the tag: 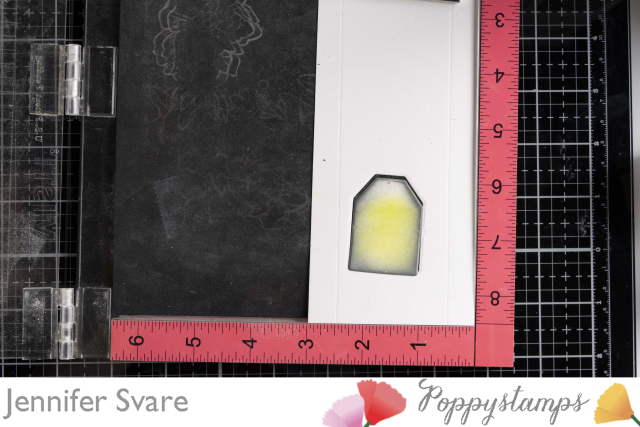 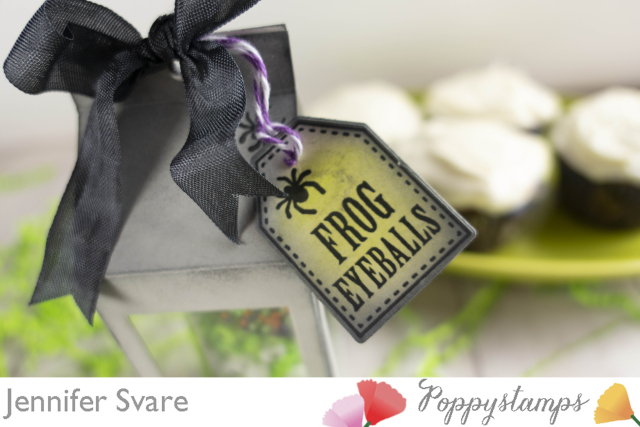 To adhere the tag to the top tab of the carton, I used a hole punch to create the space for the ribbon.  I also made some spice cake cupcakes with cream cheese frosting.  Yum!  I love fall.  :)  I hope you enjoyed this project, and give it a try!  If you have any questions, please leave them in the comments below.  Have a wonderful day!

Hi Jennifer, This project is stunning, I adore the lantern and how you have constructed it and the cupcakes look gorgeous.
Lots of love from Patricia xx