You're an Amazing Friend by Jennifer Svare 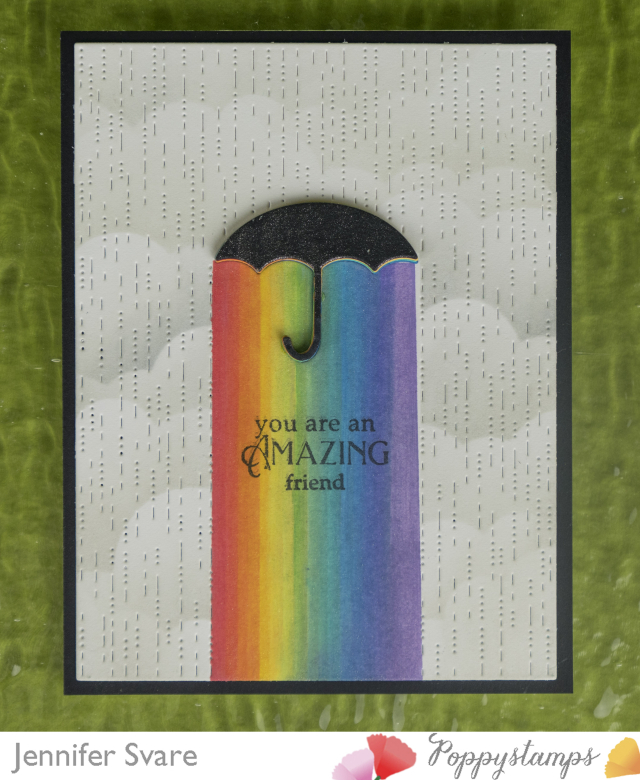 Hello!  Today I've made a card from the Raining Frame die, along with the sentiment "You are an Amazing Friend" from the Springtime Fun clear stamp set (which is also on sale right now)! 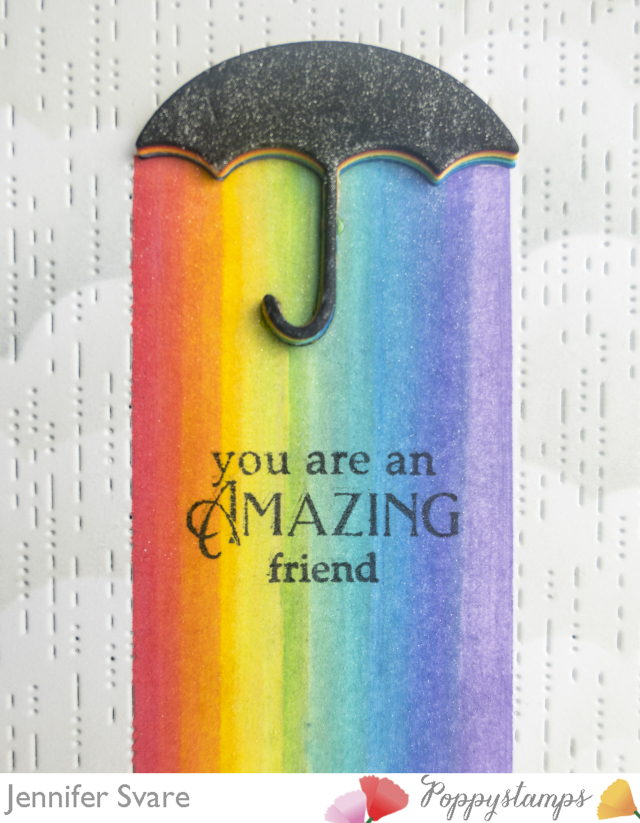 The die cuts out the umbrella which adds a lot of versatility for color combos and layering.  For this card, I layered several colors of the umbrella so that it shows a colorful appearance from the sides to match the rainbow. It also adds great dimension.  The rainbow and umbrella both have a coat of clear glitter pen applied for sparkle. 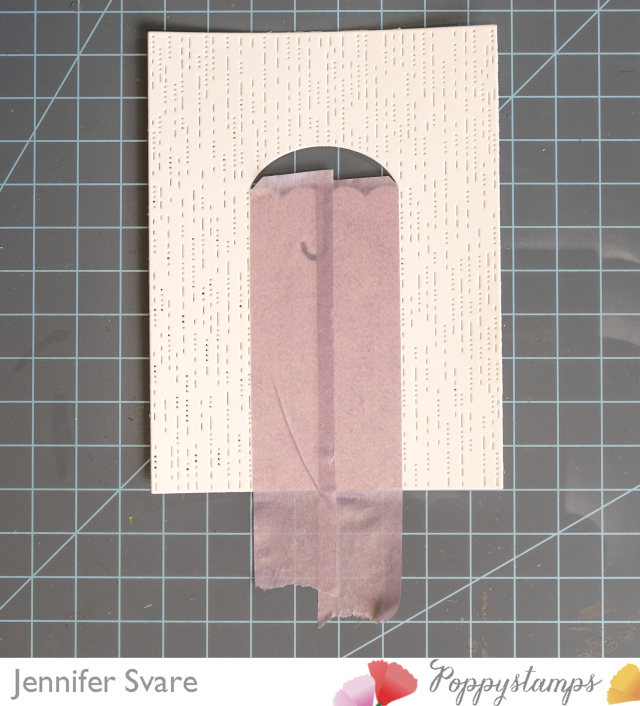 As shown in the photo above, I started off by masking off where the rainbow would be so that the gray clouds could be stenciled all over the background. 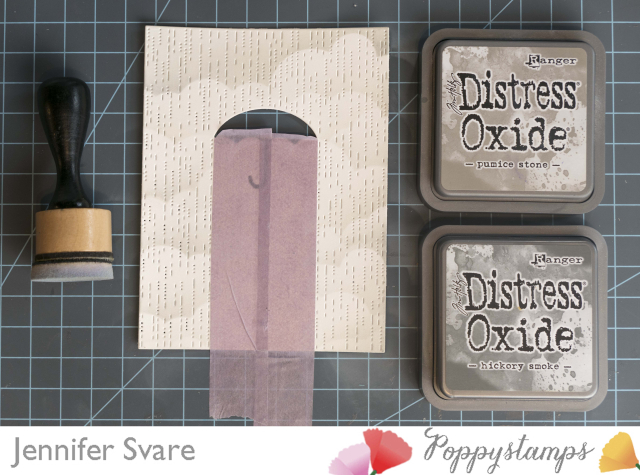 Using Hickory Smoke and Pumice Stone Distress Oxide Ink, along with a cloud stencil from my stash, I lightly stenciled clouds into the background. I then masked off everything but where the rainbow would be.  Using small daubers, I inked on vertical lines of color, using a scrap piece of paper to mask off the lines as I created them.  Any rainbow technique would work here, but I wanted each of the color segments to remain vibrant.  The colors were lightly blended together after each segment was first masked off.  (See the photo below)  I wasn't too worried about the lines of color being too separated because at the end, I'll use a glitter pen to add shimmer which will also help with blending. 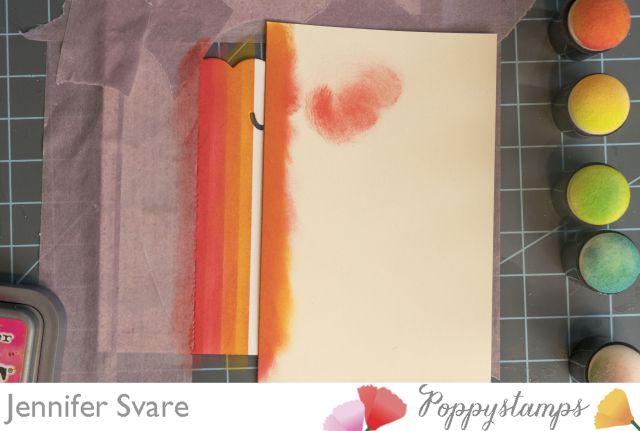 Here's how it looked after blending with the glitter pen: 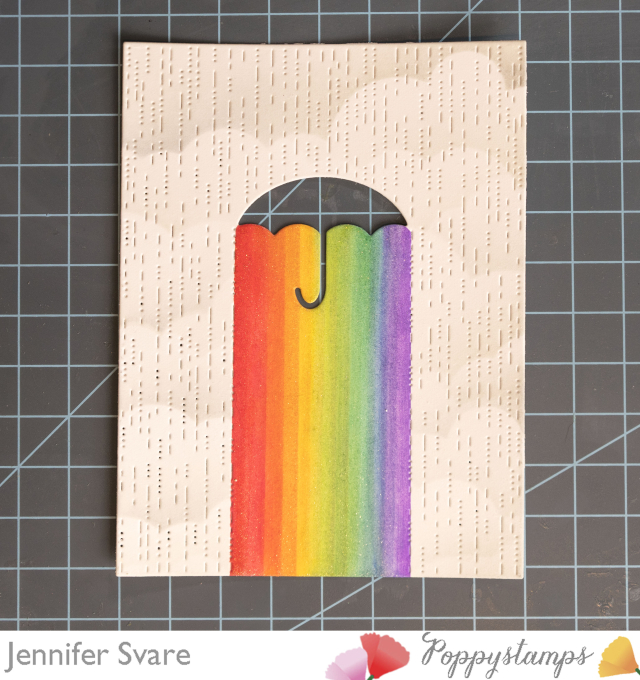 Umbrellas were cut using scrap pieces of many colors.  I placed the scraps over just the umbrella portion of the die so only small pieces of colored cardstock was needed. 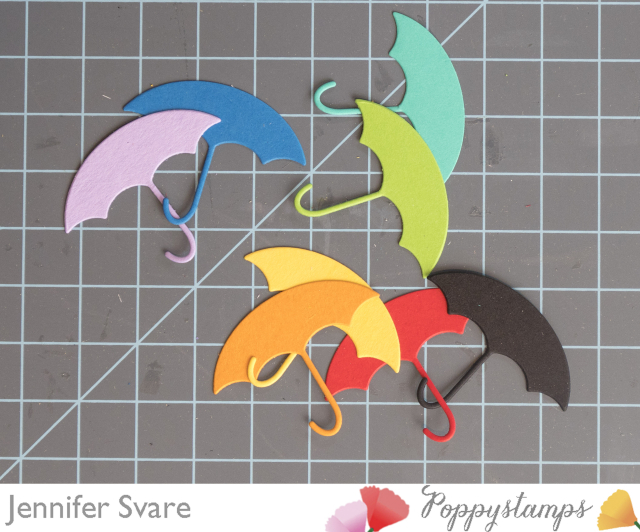 This is how the umbrella looks with the layers of color stacked together: 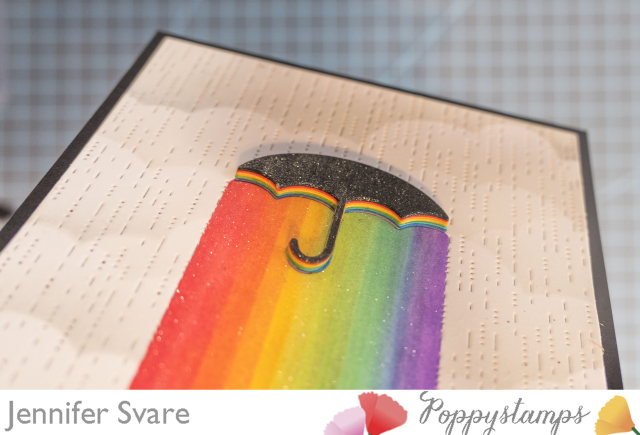 For future cards, I would add the sentiment using my Misti or stamping tool before gluing in the umbrella.  This way, I could ensure a couple layers of ink for extra boldness. (The umbrella adds dimension, so it doesn't lay flat in the stamping tool). I hope you enjoyed today's tutorial and card!  Have a wonderful day!

Beautifully done! Love all the color and the umbrella protecting all the wonder.

Hi Jennifer, Fabulous !! I adore the raining frame, just looks like ' rain', and the rainbow truly wonderful emerging from underneath the lovely umbrella stack. This would be a fabulous card for celebrating the Health Service Personnel (as we are doing here in the UK, there are lots and lots of rainbows showing through people's window panes in respect for our dedicated National Health Service front line workers fighting the Covid-19 pandemic).
I love your thinking with this card, truly fabulous.
Stat safe, stay well.
Lots of love from Patricia xx

Fabulous card and I like that raining frame die, brilliant x