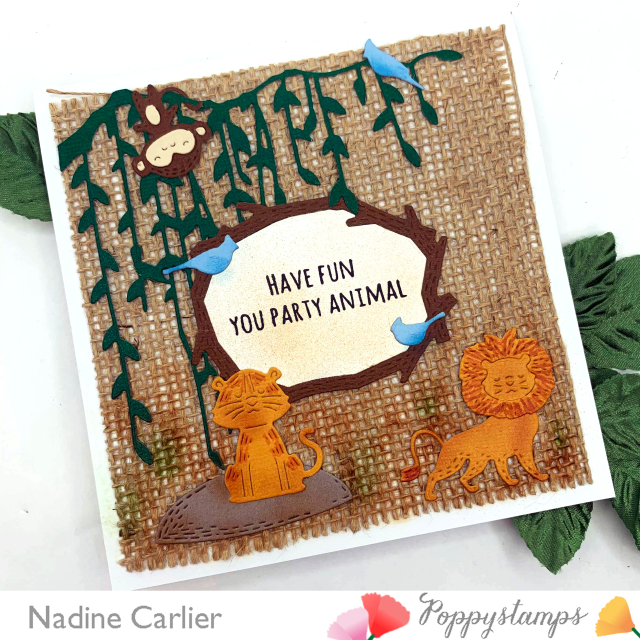 Hello there Poppystamps fans! Nadine here and I am sharing a fun party animal card with you today.  When I was trying to figure out what to make I saw this scrap piece of burlap sitting on my table and I immediately thought it would make a fun background for the cute Poppystamps Whittle animal dies.  I have never used burlap on a card like this before, it was pretty easy to do I just cut it into a square and adhered it down. 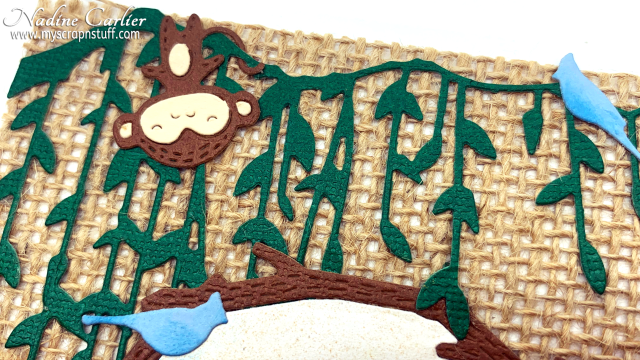 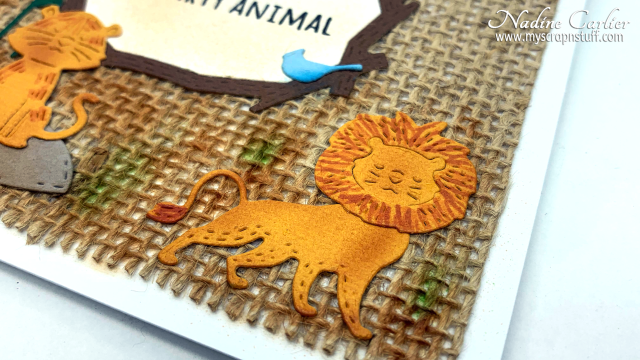 For the Whittle Lion and the Whittle Tiger, I cut them both out in yellow-orange color cardstock and used my Copic markers to color them in a little.  The Whittle Tiger I decided to have her sit on the larger of the two Whittle Mounds. 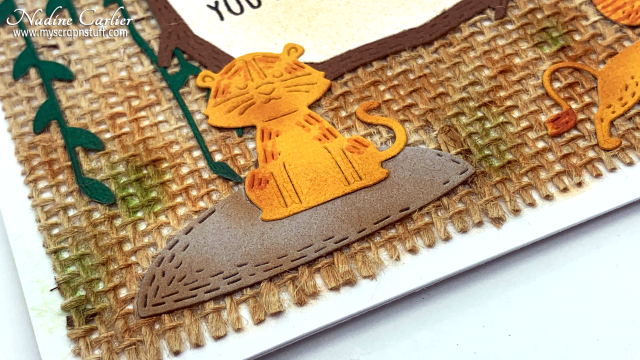 I then cut out the Whittle Oval Wood Frames, once using dark brown cardstock and again using white cardstock.  I used the dark brown for the frame itself and used the inner part from the white to stamp the sentiment "Have Fun You Party Animal" from the Whittle Everyday Stamp Set.  Then die cut some of the Cheery Cardinals and adhered them around the frame on the Weeping Willow Branch. 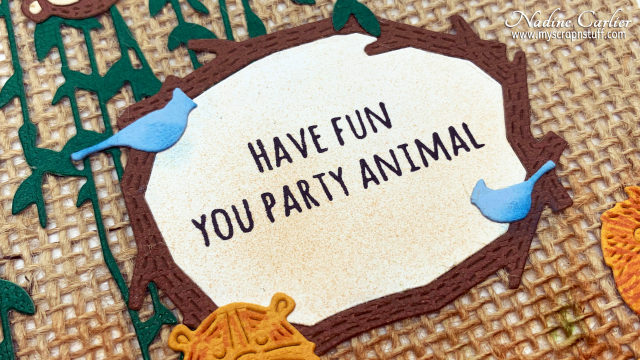 After I adhered all the Whittle Animals on my card I felt it still needed a little more so got out my airbrush machine and airbrushed on some Copics on the burlap, animals, and sentiment.  Then my card was complete!

Thank you so much for stopping by and happy crafting!
Nadine

Awwww.... Love, love, love this fun card!!! Great choice using the burlap as background, it makes all the whittle diecuts pop out so well!! The willow branches look just perfect to frame the scene! Awesome card!

So much fun, I love the burlap background! Hugs Tina X

Such jolly fun, Nadine! Love your use of burlap and how you gave life and personality to your sweet animals!

Hi Nadine, This card is amazing, I love all the 'Whittles' and your 'scene' is fabulous.
Lots of love from Patricia xx

the burlap background was great for the animals, fun scene!

The Whittles are so darn cute - love them and your layout!

WOW!! The burlap background just makes the card! I ABSOLUTELY LOVE those whittles, too!