Sending You Love
by Donna Peachey 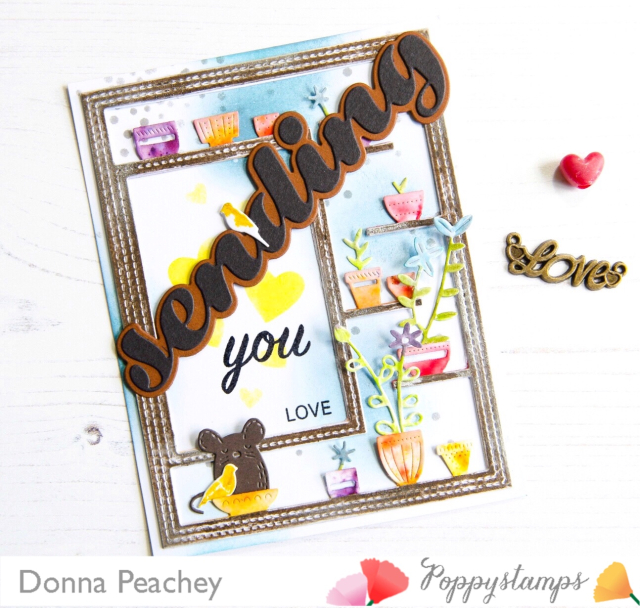 I may have taken some artistic license with my 'higgledy-piggledy' shed inspired design, though...  After all, in my garden the field mouse runs and hides any time a bird gets near.  But it's nice to think that somewhere they are coexisting peacefully.

Want to know how this was made? 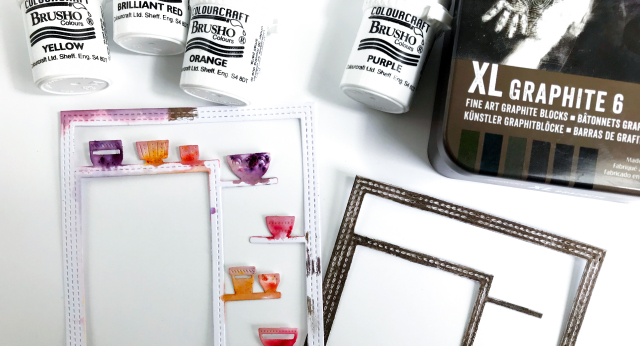 Use Brusho Colours just for the pots on the first one.  Whilst that is drying, cut off the pots from the second and use Graphite blocks to colour.  Then seal using Varnish spray. 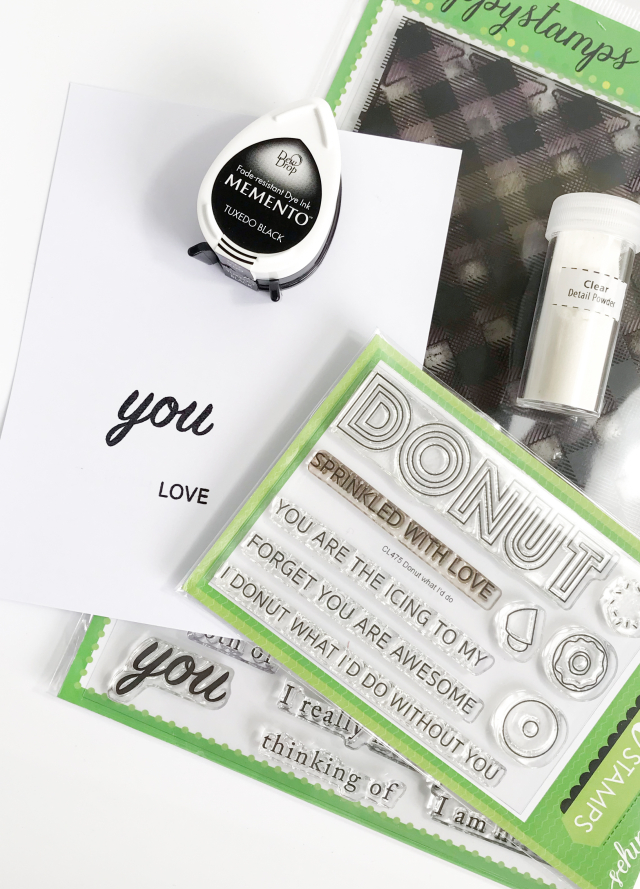 Using either die cut frame as a guide, stamp and heat emboss the words 'you' and 'love' as shown. 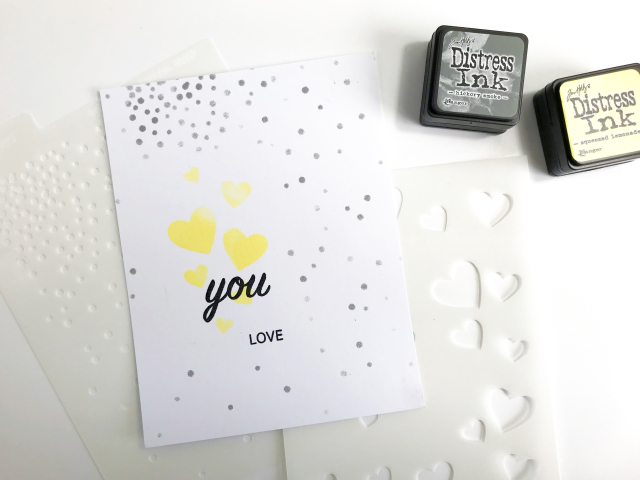 Then add some ink.  I've used the stencil from the Ribbon Heart Sidekick frame and a Memory Box stencil called 'Tiny Dots'. 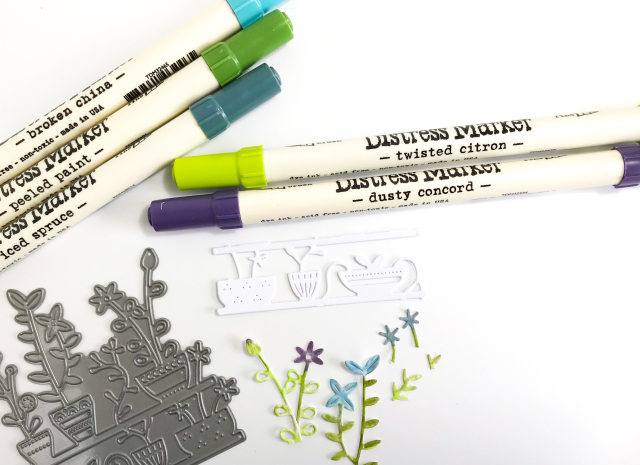 Just like a real gardener, we are going to do some pruning!

I've cut and coloured these pieces from the Spring Pots Shelves die... ...  cut out a mouse, cut and partially coloured two birds and cut and glued together the word 'sending'... 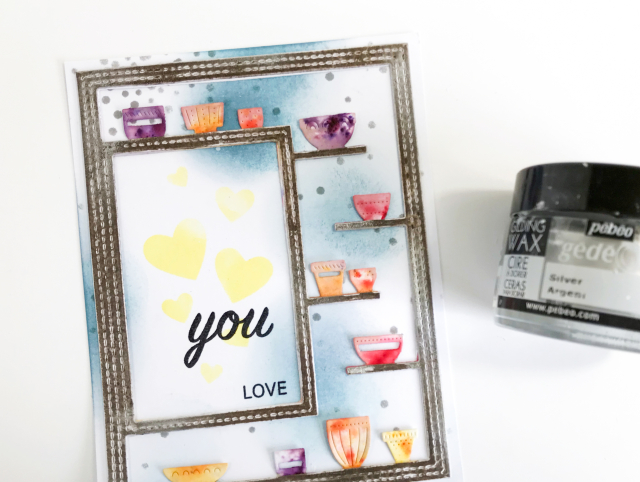 ...  before finally gluing the two frames together as shown!

Just a touch of gilding wax. 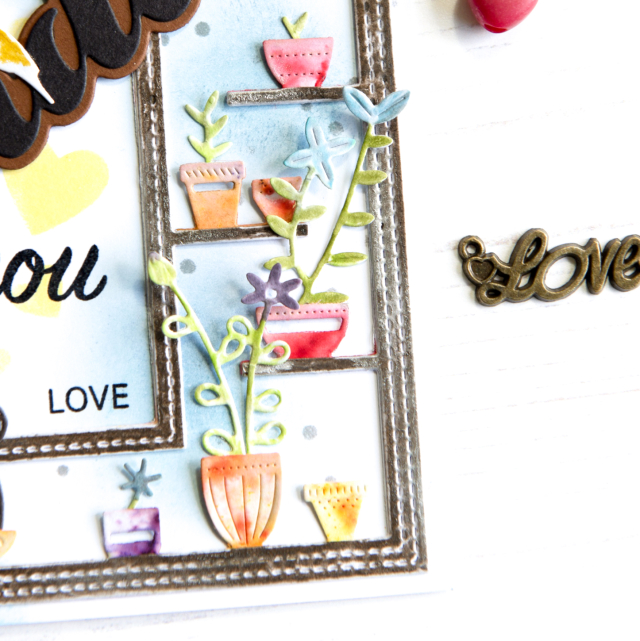 And then we can finally pot our flowers ! Add the finishing touches as shown and you'll have your own slightly ramshackled yet oh so pretty little garden scene.

Thanks so much for stopping by today.

Thanks for sharing the technique you used. Fab card!!

Such a cute card.

Love the coloring on this card. You did a great job demonstrating these dies. Love how your card turned out. :)

Hi Donna, This is fabulous !!
Lots of love from Patricia xx