Afternoon, Poppystamps friends!  It's Jinny here today to show off more of our fabulous, new products from the January 2017 Release.  I hope you've already stopped by to check it out!  I've got a "love"ly, little number, boasting not one, but five, new craft dies, along with one, new stamp set, to share with you all.  Enjoy! 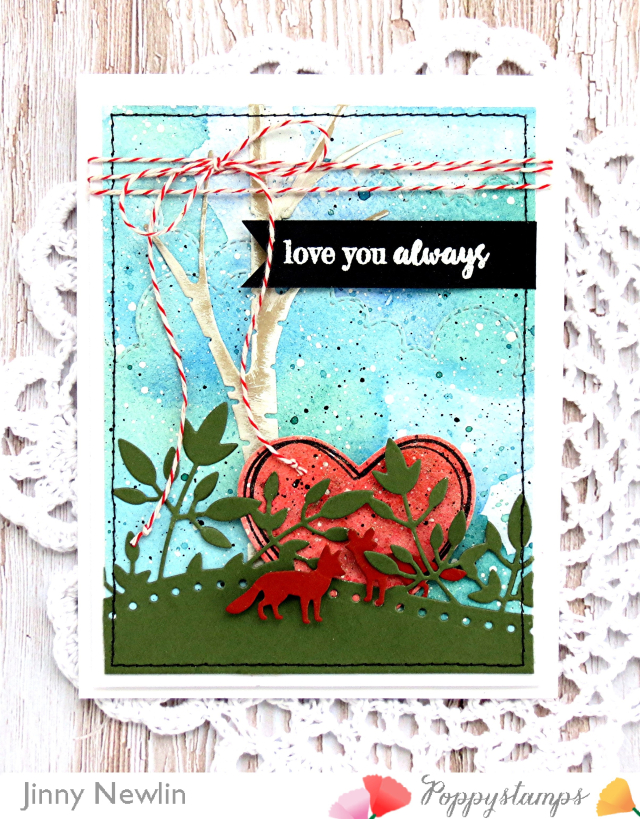 I started this card by watercoloring a piece of watercolor paper in shades of blue and green and speckling it with those same watercolors, as well as Pure Black and Titanium White acrylic paints.  I then die-cut various layers of that watercolored piece with the Stitched Cloudline craft die to create the sky background.  Its bottom edge was then decked out with a strip of Always Artichoke cardstock, die-cut with our new, Freida Curve craft die.  The heart was stamped, in Jet Black ink, on a watercolor paper die-cut, which had been watercolored and splattered using the same technique as the background; given a little shine with Clear Wink of Stella; and tucked in behind the Freida Curve branches with foam tape.  The Young Fox Pair were die-cut from Cajun Craze cardstock, ink distressed, and tucked into the scene with foam tape. 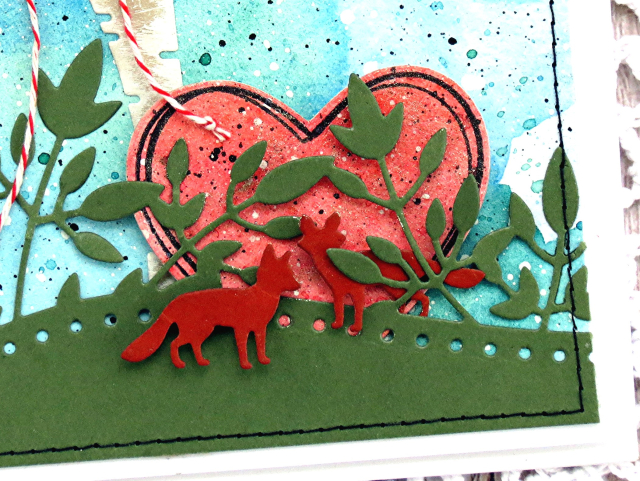 The Swaying Birch was die-cut from Crumb Cake cardstock.  I used a little, Titanium White acrylic paint to give its edges texture, before tucking it in behind the far left edge of the heart and overhanging the top edge of the scene.  The "love you always" sentiment, from Grateful Heart, was white-embossed on a hand-cut, Basic Black, cardstock pennant and adhered, with foam tape, flush against the right edge of the design. 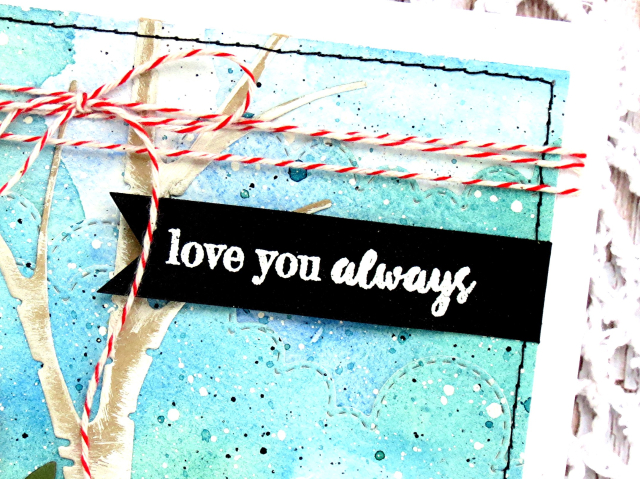 The entire prepped piece was then framed with both white cardstock and black-threaded, straight, machine stitches.  Before popping it off the surface of the white, cardstock, card face with foam tape, I wrapped the top of it with a length of Baker's Twine, tied, in a bow, near its left edge, to complete the look. 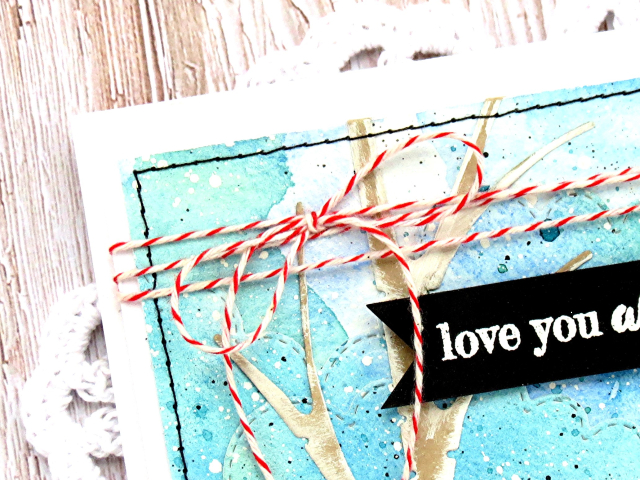 Be sure to stop back by every day, TWICE a day, through Monday, January 23, 2017, to see what my talented teammies have cooked up, using all the new goodies, just for your viewing pleasure.  AND don't forget to leave lots of love as you visit; because a new, January Release product is being randomly given away on EACH AND EVERY Poppystamps' blog post.  You have until Wednesday, January 25, 2017, to do so.  Winners will be announced, on the Poppystamps blog, the following Saturday, January 28, 2017.  I've got the darling, Young Fox Pair craft die, that you see in action above, to giveaway today.

I'll be back with more from this release next week.  Until then, the rest of the Poppystamps gals have plenty more inspiration coming your way.  Thanks so much for stopping by!  Be blessed!

I love all the depth you added with the inking Jinny - you really brought these dies to life!

Love the wolves
and all the layers
on this card!
Carla from Utah

Whoops, I meant
the Foxes!
Carla from Utah

Lovely card, a beautiful background for the pretty scene. xx

The whole scene is fantastic.
Love the sky background, the
trees and greenery, and the loving fox. Wonderful card
thanks for sharing

Fabulous card! All the details are wonderful. Love the sweet Young Fox Pair. You've tempted me, lots to put on my wish list.

Love all the gorgeous elements in this beauty. Love the Swaying Birch and the foxes are adorable. Keeping my fingers crossed.

Love the layers and the Freida Curve in particular. Great for scene building!

So many perfectly layered details Jinny!! Love this and that sweet little fox pair!! Fabulous card!

Pretty scene! Love the background and the foxes!

Beautiful card!! The foxes are so cute! Love all the detailing. Thanks for sharing
cheers
preety

Such creativity to combine so many elements and yet, the card is lovely!

Wow! There are so many amazing dies and stamps used on this one card! It is so creative and unique!

I am in love with this cute creation! An adorable scene, wonderfully decorated!

Morning Jinny, Wow !! your have used a fabulous combination of gorgeous dies in this 'scene', I love it !!
Lots of love from Patricia xx

What a gorgeous scene lots of lovely texture, great colour too. I really love that sweet fox pair and the Frieda curve is wonderful too.

Oh my!!! Such a breathless card!!! Love the cute scene and the amazing colors!!!

This card is fantastic with all the dies and the scene you created. The paint on the tree makes it look so real and the foxes are really cute!

A wonderful showcase of yet more fabulous dies and more for my wish list too. Love the clouds and how you created the subtle background with the clouds and the foreground and the cute little foxes too thanks for sharing.

Beautiful card and background Jinny! Love all the layers!

The fox is my favourite animal! I just adore this card, it's so cute!

This card is stunning!!!