Today, I'm sharing another scene using the Grand Chalet Window die. It lends itself so well to winter-themed scenes with the new release. 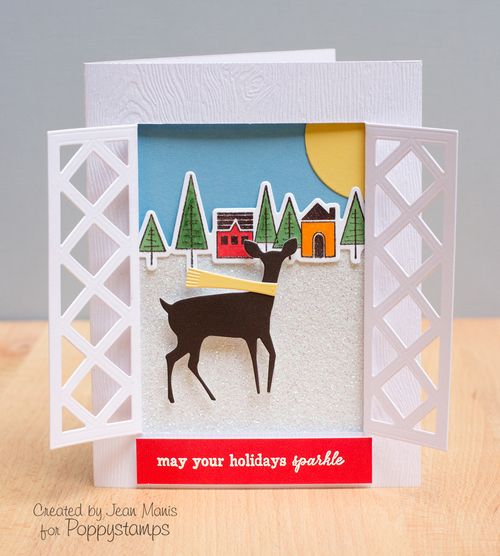 For my card, I envisioned a sunny winter day, one in which the snow is glistening and the deer are happily playing (one has decided to make its appearance at the window!). I cut the window by placing the die on the inside of the front card panel. After cutting, I folded the shutters to the card front. The Holiday Village was stamped and heat embossed before I colored it with Copic markers. I used its companion die so that I could put it on the horizon line between the sky and snow.

ADORABLE! I love the yellow scarf too - -it's just the right color.

aww Jean's card is amazing.. i totally love it

Love this sceneeeeeee, I want to be thereeeee hehehe Its a great card!

Jean's cards are always gorgeous, and this is no exception! I love her choice of elements and colors...so pretty!